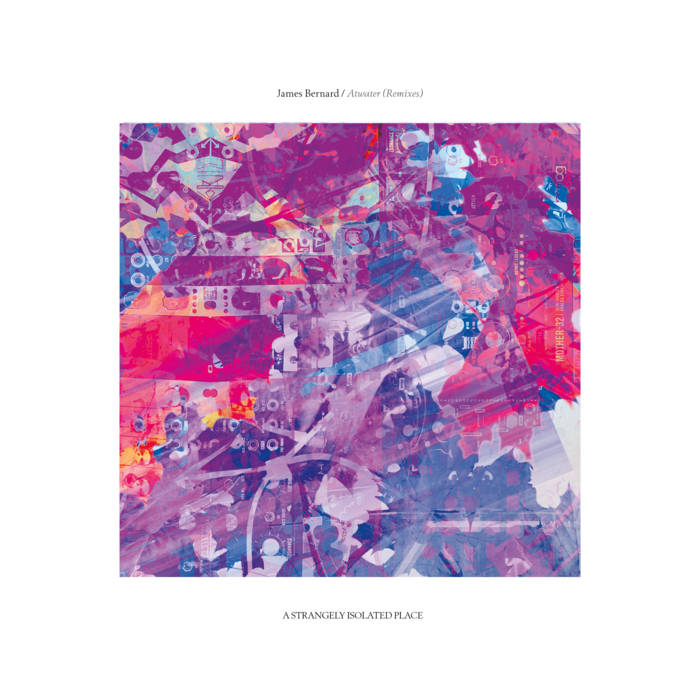 Past Inside the Present

James Bernard’s live recording, ‘Atwater’ demonstrated the beauty to emerge from the simplicity and gentle manipulation of modular synthesizers. Such a raw moment captured that day, packed full of melody and escapism, presented a perfect opportunity to invite some of our favorite musicians to remix the original material recorded in North Atwater Park.

The remix lineup was purposefully selected to highlight electronica and a genre that grew from the manipulation of the synthesizer - a new toy for many bedroom producers that grew in commercial success and helped define a new sound in the late 90’s and early 00’s. With this in mind, we invited six producers who go some way in reflecting this approach over the years, with James Bernard’s original synthesizer recordings providing the basis of each experiment.

Arovane opens the release, with a sweet and sharp electronic punch, followed by Christian Kleine’s guitar-hook driven take, who as many will know, were two crucial producers that helped place electronica on the map through their releases on City Centre Offices. Alongside Uwe and Christian, also representing the early pioneering years of the sound and housed by the seminal label, Warp over the years; B12’s Mike Golding, who takes James Bernard's sound to the limit across 9 minutes of additional modular manipulation.

Joining them, are three producers taking the electronica sound in new directions in recent years. James Clements, known to many under his own name or as ASC, guides us into the relatively unheard realm of his electronica-inspired Comit alias, combining the energy of his drum’n bass-led releases with the nostalgia and escapism heard amongst his ambient works. Bluetech, producing since the late 90’s and known for many approaches from psychedelic to downtempo, turns in an inspired, glistening take on the original, unearthing even more melodic moments. And lastly, Milieu, a firm favorite of ASIP's for many years now, uses nothing but the source material, to create a chugging and serene take on the original, closing out the Atwater remixes.