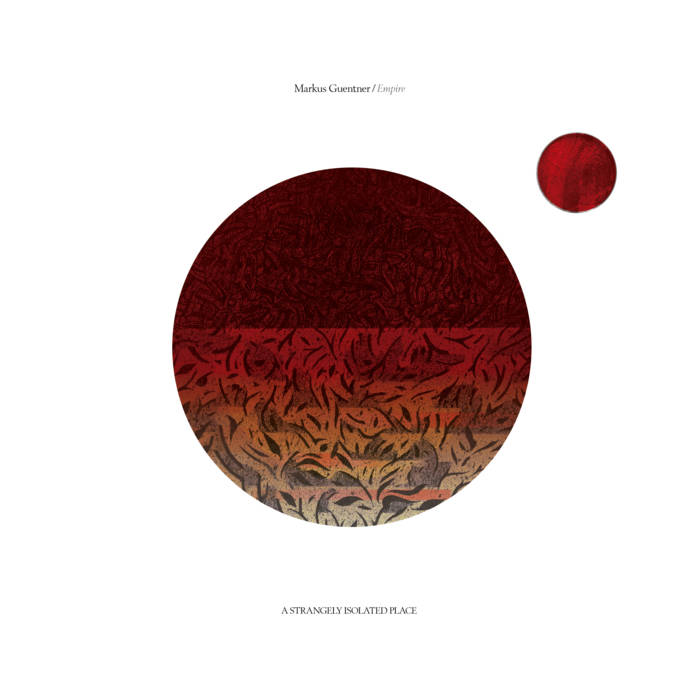 free-bassing beef barrista One of the best

8BALL9-SOUNDSCAPE PRODUCER THIS WHOLE ALBUM IS A PIECE OF GENIUS.....ON A JOURNEY THROUGHOUT THE LISTENING TIME.
OFF COURSE WITHE BVDUB INCLUDED JUST GIVES IT THAT EXTRA BEAUTY......A MASTERPIECE MR GUENTNER Favorite track: Kuria (with bvdub).

Haunted Ghost Another strong outing from ambient master Markus Guentner. Expansive and immersive simultaneously with a host of capable friends lending their talents, this is a powerful journey that feels like soaring through the solar system, grazing suns and fields of ice. Favorite track: Fura.

"I usually try to avoid overly exaggerated qualifications about albums, since all is subjective and in the ear of the beholder. But I dare say this a landmark album. One for the history books."- Ambient Blog.

"It’s rare to find oneself utterly convinced that an album is genuinely flawless, but in the case of Empire it is simply the perfect adjective. How has Markus Guentner done this?" - Igloo Mag

~
Markus Guentner’s story continues where 'Theia’ left off, with another set of epic atmospheres and brave new worlds. This time Markus enlists the skills of harpist; Tom Moth, cellist; Julia Kent and fellow ambient storyteller; bvdub to complete the journey.
~

From fiery remnants, a universal rhythm emerged.
An ebb and flow of force and fate,
creating worlds within worlds,
forever connected by an infinite empire.

Markus Guentner’s 2015 album, ‘Theia’ took us back to the mythological impact that birthed the Earth’s moon. The creation of the galaxy as we know it today was being born and more specifically, the eventual rise of the human species followed. This is where Empire takes its cue, continuing the story and portraying the connection and many interactions between the Earth, the Universe and the mystifying forces amongst them.

Be it physical, scientific or mythological, Empire draws on the ebb and flow relationship the Earth has with the deeper, unknown space around us. Markus dives into sometimes sinister, but always majestic territories with his unique manipulation of looping drones, textures and gradual atmospheres. The album and its planned progression, combine back-and-forth chapters between Markus’ own productions and collaborations, representing the different perspectives between the unknown worlds.

Beginning ‘Offworld', in a dark and distant, swirling ambient chasm, Empire then moves into manipulating shards of light, with Canadian cellist Julia Kent adding a stirring yet poignant element to the growing void.

Icelandic for "hiding", 'Fura' finds us back in the emptiness, but this time with a sense of hope as fluorescent molecules - future stars - gather and birth new worlds. A return to terra firma, and slow-motion grass moves all around you - a future mirage depicting a new vision of beauty that’s yet to be formed, brought to you alongside fellow master of emotive ambient, bvdub.

The dream is cut short and you then find yourself in the void of ‘Nun’ - the God of Egyptian Mythology - as echoes of man and cities once alive, are drowned out by an ever-present mysterious force and a subtle, alien static. All is not dark however, as harpist Tom Moth (Florence and the Machine) brings a shimmering, angelic shine, as you witness the growing energy and birth of the sun - the leader, life, and power amongst the Empire.

Its birth; the ‘New World Order’, closing with a slow churning, atmospheric piece that is both complex and elemental, gracious and sinister, dark, yet in many ways hopeful for all that remains. This is the Empire as we know it today.

Empire will be available on marbled transparent orange and black X2LP vinyl (including digital download) and digital formats.