A State Of Becoming 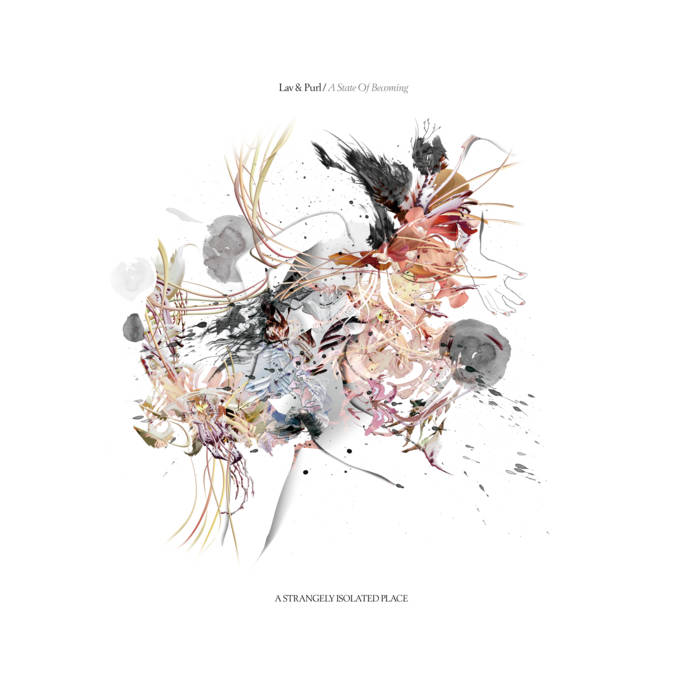 endlesstrains This music helps to live. I am happy to include it outside the city in a wooden house, in anticipation to go take pictures of nature, posobirat berries and other gifts of the forest, breathe fresh air and just exist

8BALL9-SOUNDSCAPE PRODUCER been waiting for this album for some time and know this beautiful piece of vinyl and great artwork are now in my ambient collection.
every track is emotionally beautiful.

Frant Dunlané I always return to this in times of deep thought and reflection. Powerful sonic streams interlaced with the sounds of nature.

A State Of Becoming began life in the summer of 2014, when Lav (Christopher Landin) was traveling Greece and began recording the sounds surrounding him in remote, desolate places of nature.

With a quiet mind, Christoper's awareness of the surrounding sounds would increase together with a feeling of the interconnectedness of all things. This concept is central to the album, being expressed by the presence of the field recordings, as the foundation from which each track grows and extends. The tiniest detail, chirp, river-swell and sway of a branch, are captured in macro - Mother Nature’s bed, a landscape ready to bloom.

"When we bring our full attention to the act of listening, new worlds emerge that we wouldn't even notice if we were just passing by, distracted by thoughts"

Christopher and Ludvig Cimbrelius (Purl) had only met a couple of times before the process of this album started, but when Christopher sent over the recordings, Ludvig fell in love with their simplicity and presence, and instantly knew he wanted to take them on.

"I was traveling in France at the time with no place to call home, and the next time I passed through Sweden I recorded piano for the album. I had but one day to record and improvised freely, making 1 or 2 recordings for each track and then moving on to the next. After this session, I was carrying the project files from Christopher and piano recordings around with me for quite some time until I found the right state of mind to start the process of molding them together. Since I did not have a stable home during these years, I worked on the album in many different locations"

The minutiae of sounds from Christopher’s field recordings are transformed into a variety of expansive lifeforms, as Purl’s majestic addition of piano, carefully measured beats and subtle instruments turn an organic landscape into an ethereal scene of movement and life. With each track given the length and focus it deserves, just like nature itself, the album slowly unfolds in several phases, unrestricted, free flowing and patiently awakening.

"During the journey, my desire has been to bring life to all layers of the tracks while still retaining the beauty of their original simplicity”

The album concept was given further life through the artwork, created by Noah MacDonald (previously designs include Yagya, Marsen Jules and bvdub), through an organic, flowing scene that expands within the inside gatefold - a time-lapse capturing the many stages, developments, sounds and feelings that emerge during A State Of Becoming.

After previous releases on Silent Season, Archives and Dewtone between them both, Lav & Purl released two EP's in 2016: Earth And Beyond on Amone Recordings, and The Present Moment released on Ludvig's own label Eternell.

Lav & Purl wishes to thank Dustin Morris for his ongoing support and guidance.